This is the first time the band has been in the National Class and it’s a great achievement for all the band members and the leadership team.

The band are now looking forward to a busy November and December with Remembrance Day parades, Performances at the Birmingham International Tattoo and various Christmas performances in the pipeline.

After a successful day at Manchester with the band picking up another first place in their class the band are looking forwards to the TYMBA National Finals at Fenton Manor on Sunday 25th October.

If all goes to plan the band will win the league and move up to the top flight once again with promotion to the TYMBA National Class.

The band competed in their first contest of the season on Sunday 28th June at Himley Hall in the West Midlands.

With great comments and great scores the band walked away taking the Championship Class. This was a great result as the contest band this year also contains a large group of young players who have just moved up from the Junior band.

The TYMBA contest is run alongside the Dudley Borough Armed Forces Day with the band then taking part in the Beat Retreat ceremony alongside The Band of The Royal Air Force Regiment and West Midlands Fire Service Band.

A great day was had by all and a great start to the TYMBA contest season.

The band was out in force again for the Greater Manchester Contest and once again both bands performed brilliantly and really showing the improvements that all the hard work is generating.

The Junior band lead the way with a very confident performance and some great comments from the judges. It’s really great to know that the band has a strong future with the pool of talent in the Junior Band. They picked up a Bronze award which was really well deserved.

The Senior band then took to the arena and adapted to their new indoor surroundings by bringing home a 1st place in Turnout and Wind and a 2nd place in GME which was enough to secure a 3rd place overall.

The band now looks forward to competing in the TYMBA National Championships at Fenton Manor on 26th October.

The TYMBA contest season resumed from it’s summer break on the 7th September. The band was there with both Junior and Senior bands competing.

The Junior band performed brilliantly and managed to get a bronze award and actually gained a 1st place in Wind, Turnout and 2nd places in General Music Effect and Drill. 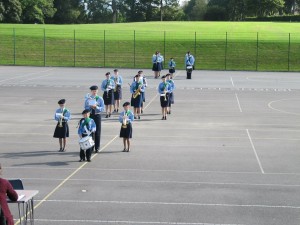 The Senior band then took to the arena for their performance. Brilliant comments were received by spectators and judges alike with people amazed by the improvement of the band. The band came away with a 1st place for Display and Turnout and were overall Runners Up on the day. 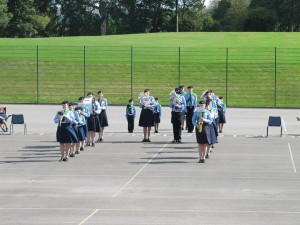 It’s a brilliant effort and goes to show the hard work that has been put in by the band is showing. 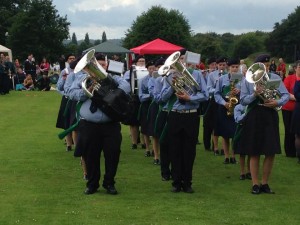 Whilst the band didn’t win any trophies the results show a different story with the band achieving a 2nd place in Wind, 2nd place (By half a mark) in Turnout and a 3rd place in General Musical Effect. It’s a great improvement and one to build on for next year.

Well done all involved for a great performance and a great result.

The TYMBA National Finals are returning this year after a 2 year absence and this year they are in Dewsbury.

Why not come along and support Spen Valley on home turf. The very best of youth bands will join together for a day of competition. There will be a number of trade stands there on the day who will be able to advise on all things bands.

Members of HM Royal Marines will also be holding a drumming competition to see who can drum the fastest with all proceeds going to The Royal Marines Charitable Trust.

It promises to be a great day and we look forward to seeing you there.

More information can be found on the TYMBA website here

Video of the band taken at the Queen of the Moorlands Contest in Leek, Staffordshire on September 8th 2013

The band picked up a first place for percussion and were overall class runners up. Well done all.